There are many ligaments within and around your knee joint that work together to help keep it stable and functioning well. The four main ligaments – and the ones commonly injured – include the two cruciate ligaments and the two collateral ligaments. 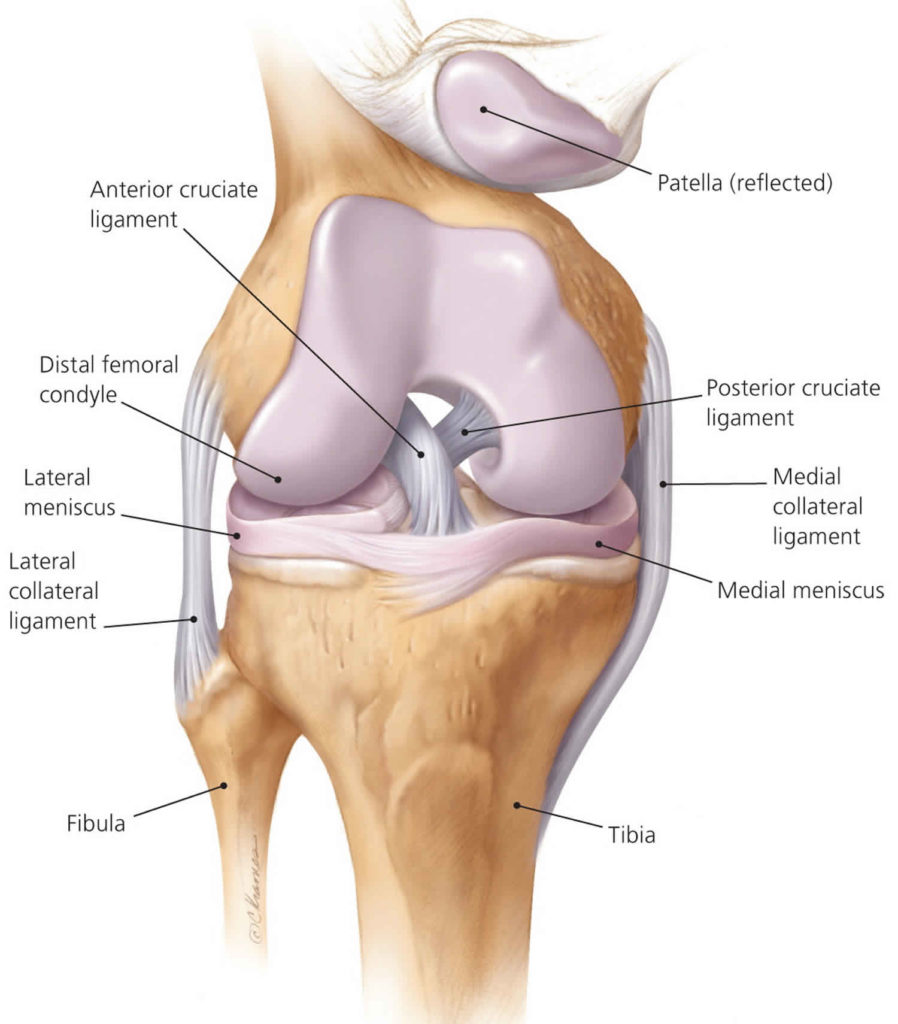 When excessive force is applied to these ligaments, this causes them to become strained and damaged, meaning they can no longer perform their function effectively until they have a chance to properly heal and repair.

Any sudden force or impact is a common cause of injury to the knee ligaments, such as from a soccer ball hitting the outside of your knee joint at high speed, or being tackled and having your body thrust forwards or backwards while your foot is firmly planted on the ground.

Aside from causing significant pain, ligament injury will often cause your knee to feel weak and unstable, and may result in stiffness or swelling, making it difficult for you to walk or bend the knee.

Treating ligament damage needs an aggressive approach, not a ‘wait and see’ method to allow the ligaments to heal well and in the shortest amount of time, without causing further damage or causing the ligament to rupture. Your podiatrist will discuss with you the best options based on the severity of the current damage and your current symptoms. Your care may include using a brace, offloading pressure from the knee joint with orthotics (if alignment issues are causing strain on the ligaments), using supportive and stabilising footwear, and then introducing a strengthening, flexibility and knee mobility program.