Runner’s knee is the common term given to a painful condition called patellofemoral pain syndrome. It’s estimated to affect up to 23% of adults annually, affecting almost twice as many women as men. Patellofemoral pain simply means pain present at the point where the patella (kneecap) meets the femur (thigh bone).

The coined term ‘runner’s knee’ comes from the fact that it has a high prevalence in runners. The painful symptoms at the knee develop when the kneecap mistracks, so that instead of gliding smoothly in a specific groove at the femur, it moves irregularly and rubs against the end of the femur repetitively as the knee bends and straightens. This friction causes bony damage, as well as damage to the articular cartilage that covers and protects the joints. 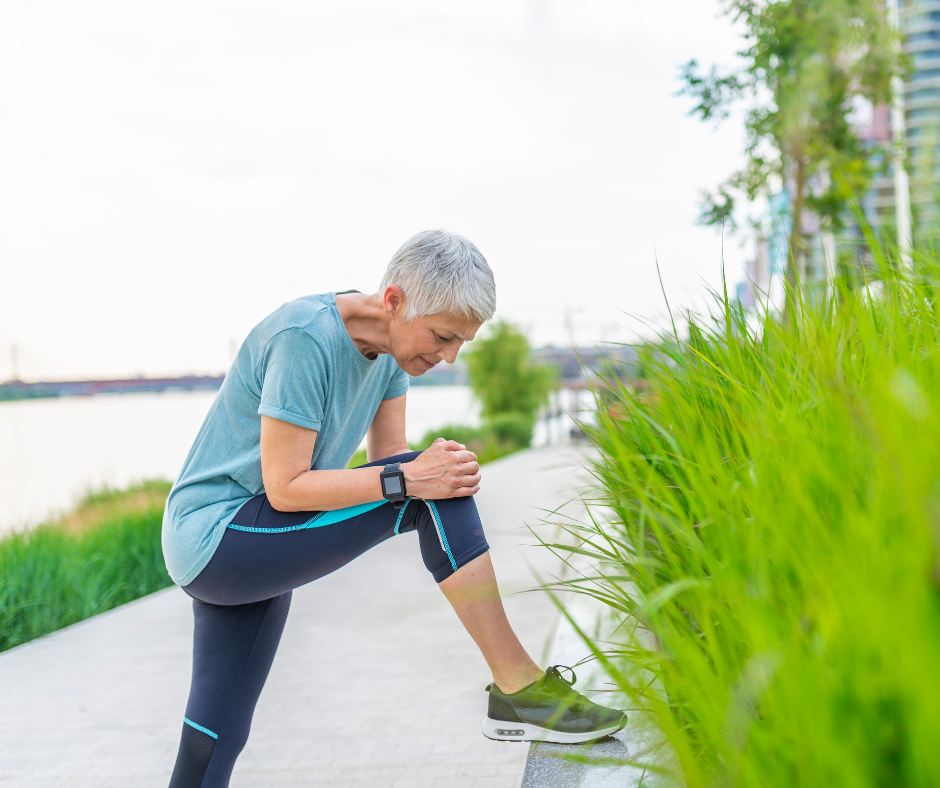 A number of factors are identified that can contribute to the development of runner’s knee. These include muscle imbalances which pull on the kneecap, alignment, posture and biomechanical problems affecting the feet or legs, training problems like increasing the intensity or duration of your workout without the right preparation, and exercising in unsupportive footwear.

When it comes to PFPS affecting more women than men, it may be related to the differences in hormones that affect ligament and muscle function, slight differences in the shape of the bones and generally having a wider-set pelvis, and differences in body composition like a predisposition for having less lean muscle mass.

You’ll likely feel pain behind your kneecap and around your knee, which may be accompanied by some swelling. The symptoms tend to come on gradually during activities that repetitive bend and straighten the knee or put significant force through the knee. Common examples include climbing stairs, squatting and running, as well as sports like basketball, skiing and netball. The pain can then persist while walking and as the damage worsens, can be felt when resting.

Treating runner’s knee starts with alleviating the painful symptoms and understanding the cause of the problem. We then use treatments like 3D-scanned custom foot orthotics paired with the right footwear, strapping, bracing, gait retraining and physical therapy to help improve the knee function and prevent the mistracking. Ultimately, our goal is always to prevent your problem from recurring and continuing to cause you ongoing pain in the future.